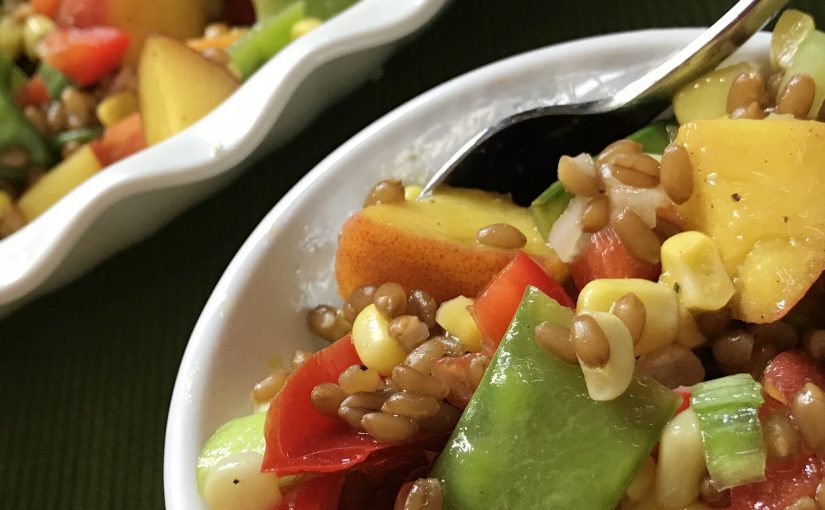 Grains are on the hot seat right now – the negative hot seat that is. Obesity as well as many other health issues facing many Americans today are being blamed on our over consumption of grains, particularly those “containing” gluten. The fact remains, however, that while America has been labeled one of the most chronically sick and obese nations in the world, only about ½ of our calories come from carbohydrates. Yet eastern or developing countries, who are not experiencing such alarming sickness and obesity rates, derive most all of their calories and nourishment from carbohydrates. It becomes, therefore, imperative that we learn to differentiate between real whole grain carbohydrates and the denatured, commercially processed and heavily sweetened American versions and strive to discover the truth about wheat and other real whole grains.

The truth is, despite what we may read or hear daily, decades of studies have proven that those who consume the most whole grains have significantly reduced risks of heart disease, stroke, inflammatory disease and type 2 diabetes, and experience better weight management and healthier blood pressure levels. It seems unwise, then, to embrace any diet that encourages the exclusion of an entire food group, especially one as nutrient dense as whole grains. And the good news – whole grains are delicious as well as nutritious. The nutritional value of whole grains does not need to be the only enticement for inclusion in our diet. Their diversity in flavor and cooking and baking applications alone might be enough to encourage anyone to make whole grains a prominent part of every meal.

Bread Beckers invites you to join us on this journey as we celebrate the goodness of whole grains and introduce you to some of our favorites.

As a woman who has been born and raised in the southeastern United States, wheat and corn will always be at the top of my list of favorite grains. Growing up our meals were most often accompanied by either hot from the oven biscuits or cornbread. Since soft wheat, good for biscuits, cakes and cookies, and corn are more suited to thrive in the hot, wet growing seasons of the south, southerners adapted their breads to the type of grain available.

It saddens me that these two grains are perhaps the most villainized of all the grains, due in part to their inclusion on most lists of top food allergens. Components of these whole grains, such as corn starch, high fructose corn syrup and wheat gluten, have been separated from the vitality of the whole grain itself and are widely used in commercially processed foods.  Consuming such low fiber, high sugar foods containing these unnatural food components along with damage to the gastrointestinal tract caused by the overuse of antibiotics, anti-inflammatory drugs such as Advil or Aleve, and acid blocking drugs such as Prilosec and Nexium often leads to the development of food sensitivities, intestinal inflammation and significant grain and gluten intolerances and sensitivities.  However, many who struggle with these health issues, often find that consuming real whole grains or foods made from freshly milled whole grain flour does not bring on the adverse reactions that come when processed foods containing the adulterated components from these grains are eaten. Diets rich in whole grains, including wheat are not only nutrient and fiber dense but also healing to the gut which some find reverses many chronic gut and food sensitivities.

Wheat, along with corn and rice, are the top 3 most consumed and produced grains in the world. But of the three, wheat is perhaps the most versatile for baking. Since the beginning of time, wheat has remained the grain of choice for bread baking. Hard wheat varieties, grown in cold, dry climates, will have a higher protein content than soft wheat grown in warmer, wetter climates. Hard wheat therefore will produce better results when baking yeast breads while soft wheat, or pastry wheat is more suitable for cakes, biscuits, cookies and quick breads.

The Truth About Wheat

With all the negative publicity that wheat, gluten and other whole grains are receiving, it is important to learn the truth. After more than a year of researching the claims and digging below the surface of the internet, here are the truths that I discovered.

This leaves us with the question: “then what has changed”?

Prior to 1900 most bread was baked in home. Flour was milled at home or obtained from a local miller. 90% of the flour produced by these mills was used and consumed in the home, leaving only 10% for commercial bakeries. By 1945, however, home flour use dropped to about 60% and in 1990 home flour use was estimated at <10% meaning that 90% of the flour used today is used in the commercial industry to give us overly processed bread, cakes, cookies, crackers and baking mixes.

So now that we know the truth about wheat, why are grains, including wheat, so important to our health?

After more than 25 years of teaching others, we have heard countless testimonies of dramatically improved health – all from changing the bread they were eating.

Corn is the world leader in both consumption and production. It is a staple food for the majority of the world and is a great source of carbohydrates, protein, B vitamins, iron as well as other important minerals. Corn’s versatility perhaps surpasses all other grains in that it can be enjoyed fresh from the field as corn on the cob or dried in the field as dent or popcorn to be ground into flour and used for delicious breads and side dishes such as grits or polenta, or as a healthy whole grain snack, popcorn.

Numerous university studies have shown that corn has a higher antioxidant activity than most foods, including fruits and vegetables, and the prebiotic fiber significantly enhances the presence of friendly gut organisms. Corn is often termed a laxative grain for its good source of magnesium and yellow corn is a good source of two additional antioxidants, zeaxanthin and lutein, which are good for eye health.

Much of the corn grown in the US today is genetically modified. Though the varieties for sweet corn are usually not GMO, our recommendation is, if you don’t know your source (ie local farmer) buy organic. Field and dent corn are most commonly GMO so always buy organic or certified GMO free corn.

At Bread Beckers we offer both certified organic and certified GMO free. We have white, yellow, Blue and Indian dent corn and both white and yellow popcorn. Our certified non-GMO corn is grown by the Ute Mountain Indian Tribe. The corn crops grown on the 7,700 acre tribal farm is protected from cross contamination of outside strains.

Corn is truly an ancient grain and while it may not be as trendy or popular as some of the other ancient grains these day, you don’t want to miss out on its versatility and goodness.

This week’s recipe will include a delicious boiled grain salad which includes both boiled wheat and whole kernel corn. When corn and peaches are not in season I add more red bell pepper for the corn and frozen peaches for the fresh. This is an old favorite and will not disappoint. Either wheat or spelt can be used.