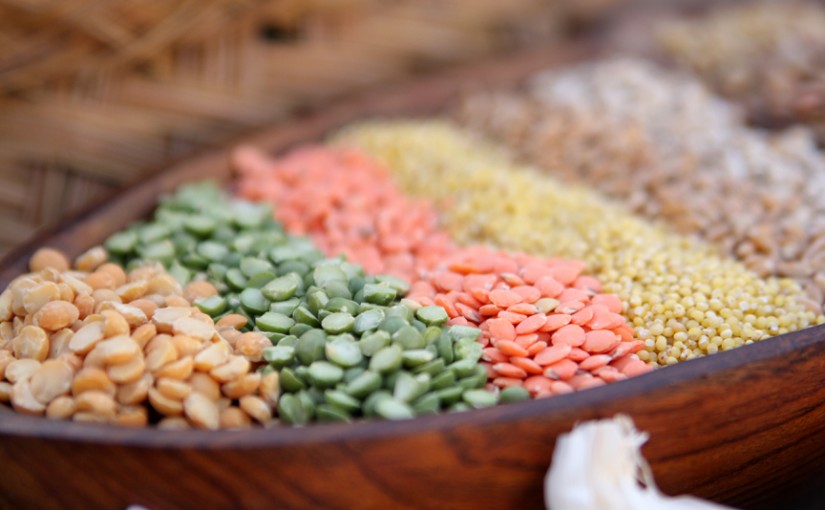 It seems that grains are being attacked on all fronts.  I get articles forwarded to me at a minimum of one per week.  If you are like me, you may be growing a bit weary, not to mention confused by it all.  I want to encourage each and every one of you reading this, to please pray before you read the information being presented, both from me or anyone else.

What I have determined from everything I have read so far, is that most of the anti grain information is based on a false premise – evolution.  The latest article I read (by Dr. Loren Cordain, a professor at Colorado State University and an expert on Paleolithic lifestyle ) stated:

“The degree to which the adverse effects are expressed depends largely on how long that species has had to co-evolve with that particular form of plant food it is eating. Since humans have only been consuming unsprouted grains and beans in large amounts for approximately 500 generations, we still suffer far more than certain rodents and birds, who have had thousands of generations longer to adapt to this way of eating.”

“Grains are the seeds of a plant. They’re its reproductive material, and plants don’t make their reproductive material to give away for free to other animals. If they did they’d become extinct, and so the evolutionary strategy that many plants, particularly cereal grains have taken to prevent predation is to evolve toxic compounds so that the predator of the seeds can’t eat them, so that they can put their seeds in the soil where they’re meant to be to grow a new plant and not in the gut of an animal to feed it.”  These statements are completely contradictory to what the Bible states as fact.
Genesis 1:29 “See I have given you every plant yielding seed that is on the face of all the land and every tree with seed in its fruit, you shall have them for food.”

God gave seeds to man for food when He created them, not later, after they evolved millions of years from some other animal.

Another misleading premise is the hunter/gatherer propaganda.  I do not deny that in more uncivilized cultures people groups have lived mostly from the land – hunting wild game and gathering wild seeds.  However, part of the curse given to Adam, because of his disobedience, was “by the sweat of your face shall you eat bread until you return to the ground”. Genesis 3:19  Sounds like farming to me,  hoeing and pulling weeds are a sweaty job to ensure yield from a garden.

Another term mentioned frequently by the anti grain proponent is a Paleolithic diet or lifestyle.  Again this is an evolutionary term referring to an ancient people group that lived thousands of years ago, from whom humans evolved.

To say that grains are not nearly as nutrient dense as fruit and vegetables is ridiculous.  In my studies over the years of food sources of specific vitamin and minerals, I am always amazed at how many list grains as a predominate source.   Fruits and vegetables are great sources of vitamins and minerals, as well, but they rot and decay, loosing their nutritional value every day they are stored.  Not so with grains.  They are perfectly storable and retain all their nutritional value when they are left whole and intact.  God told Joseph to store grain, not fruits and vegetables, for a reason.  In fact if you reread the story – you will find there were other foods available during the time of famine, just no grain, except in Egypt.  Grains are a critical part of any healthy diet.

Again I encourage everyone to carefully consider what you read and believe.  I personally believe there may come a day when grains are our only reliable food source.  They do not have to be picked green or radiated to be stored.  Organic grains are not genetically modified.  Grains will hold their nutritional value for years and in case of a famine, stored grains may be sprouted in a small space, for a supply of fresh greens.  So be careful “going against the grain” on this issue.