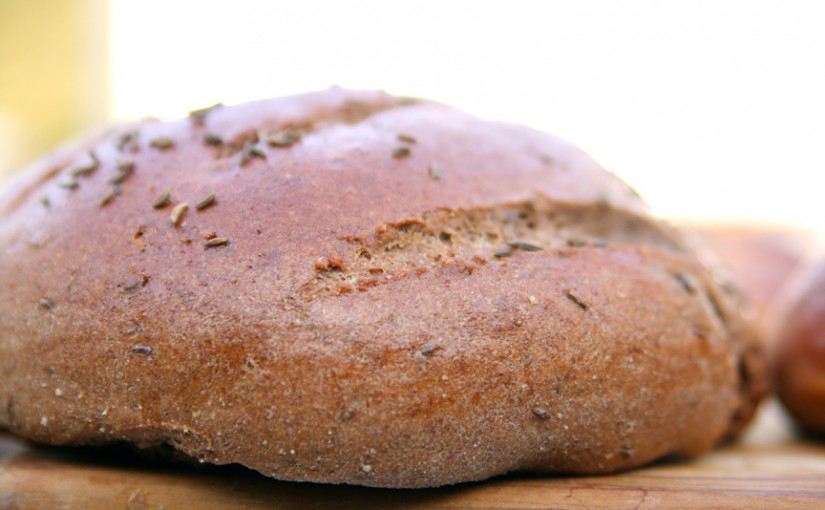 One of the most significant benefits in the health of our family we have noticed since we began to mill our wheat and make our own bread, is the great reduction in the number of colds we suffer from.  I recently came across an article on the subject of colds I found very enlightening.

We have all heard of the wonderful benefits of taking vitamin C to help ward off colds.  However, to bring out the total protective quality of vitamin C, wheat germ should be added to the daily diet according to Dr. Albert Szent-Gyorgyi, the Nobel Laureate who first isolated vitamin C.  Dr. Szent-Gyorgyi, however, found that vitamin C could not properly function in the human body in its pure form.  Something seemed to be missing.  A friend later told him that he credited a breakfast of wheat germ every morning as the reason he had been without colds for several years.  Dr. Szent-Gyorgyi, being a chronic cold sufferer, adopted the same custom and found that he, too, had no more colds.

Dr Szent-Gyorgyi then made an intensive biochemical study in which he established a very complex series of reaction between ascorbic acid (vitamin C) and components of the wheat germ.  These reactions were triggered by the manganese content of the wheat germ.  He found that materials present in most plant foods to a very limited extent are present most richly in wheat germ.  Dr. Szent-Gyorgyi believes that any plant food will enhance our absorption and utilization of vitamin C, but to fully potentiate the large amounts of vitamin C recommended by him and other renowned scientist, he believes that two ounces of wheat germ every day is necessary to receive the full benefits of the vitamin C. (there’s that daily bread again!)

Dr. Szent-Gyorgyi explained that biochemically vitamin C functions as an antioxidant in relation to toxins present within our bodies. These toxins, if allowed to oxidize within our systems, cause a chain of reactions to occur that disrupt the normal processes of life.  There are literally thousands of potential toxins ranging from heavy metals, the venom of insect stings and snake bites, toxins produced by harmful bacteria, to the numerous viruses like the hundred or so of the common cold.

All of these toxins attack us in the same way.  They disrupt the normal activities of the body when they are oxidized.  Vitamin C prevents the oxidation. Dr Szent-Gyorgyi found, however, that the wheat germ furnishes the otherwise missing chemical elements that permit the vitamin C to actually regenerate itself so that it is not used up the first time it functions as an antioxidant, but is able to perform the same protective role many times.

Dr. Szent-Gyorgyi states “My finding wheat germ useful against colds is not at variance with Dr. Linus Pauling’s statement that ‘If one is deficient in two factors, administration of one of them may help to some extent, while full benefit may be derived only by taking the two in combination.”

When Dr. Szent-Gyorgyi speaks of “full benefit”, he is speaking of much more than preventing colds.  He believes that in addition to being free of colds, the length, continued good health, and activity of his life are also attributable to this combination.  If you mill your own wheat, you of course are obtaining the wheat germ with all these vital components intact.

Fascinating isn’t it that scientist continue to discover what God knew all along!  Give us this day our daily bread!  Real bread though, with all its life still available!

Reference The Complete Book Of Vitamins

DISCLAIMER: Nothing in this article should be construed as medical advice.  Consult you health care provider for your individual nutritional and medical needs.  The opinions are strictly those of the author and are not necessarily those of any professional group or other individual.

Enter your email address to be notified of new posts